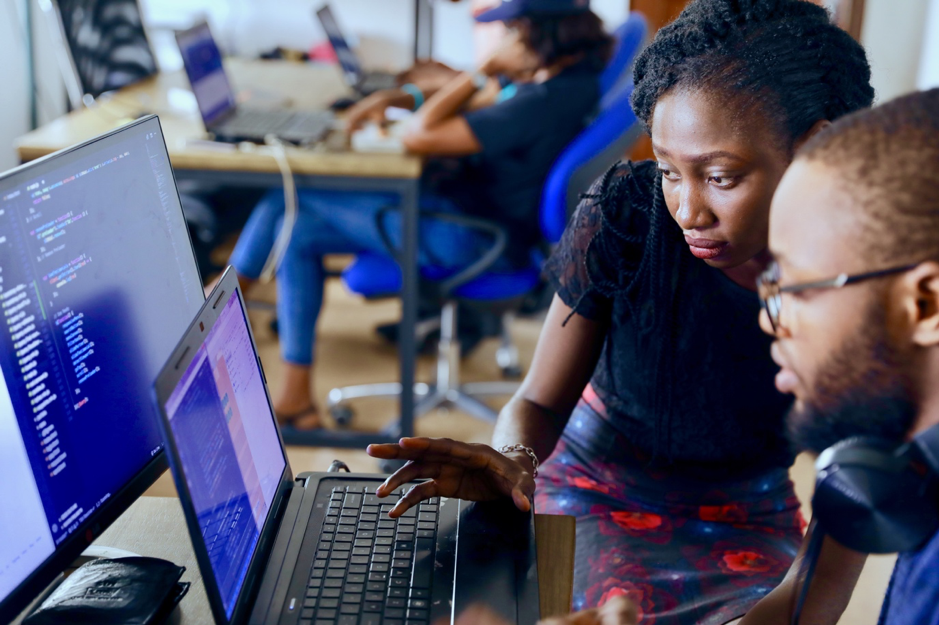 From sustainable vertical farming, to affordable eye care for young people, here are 7 African women who are providing creative tech solutions to issues across the continent.

Data from Mastercard’s Index of Women’s Entrepreneurship for 2018 reveals a vibrant market for female-led businesses in Africa. Ghana performs the best worldwide, with women making up 46.4% of business owners. Uganda comes in third with 33.8%, whilst the UK’s figure stands at just 25%.

Do these statistics suggest a high level of female representation among business owners throughout the continent? Unfortunately, no. Although Ghana and Uganda have a high percentage, the reverse is found in regions such as Egypt, Ethiopia, Malawi, and Tunisia. Moreover, where women are represented, profitability is low. For instance, 38.8% of female established businesses in Sub-Saharan Africa were discontinued due to unprofitability in 2016, the highest global region. In comparison, only 19.1% of US female-led companies were discontinued for that reason.

Evidently, the entrepreneurial inclination is there. It is moving from feeling into action in regions outside of Ghana and Uganda and sustaining a viable business model that proves to be the problem. A key way to ensure that female-led businesses succeed is through networking with like-minded women. Learning from other people’s journeys is crucial to achieving success in the sector. Within this, finding a female mentor is guaranteed to enrich a woman’s career. The easiest way to discover a mentor and network effectively is through events specifically created for women.

For female African tech workers, we recommend Women in Tech Africa taking place 18th – 19th March in Cape Town, South Africa. The success stories told at this event will aid in inspiring entrepreneurial spirit in women across the continent, not just Ghana and Uganda. The conference will help attendees maximise on the opportunities and changes taking place in the technology sector through talks from industry leaders and practical workshops. Created by the team behind Europe’s biggest Women in Tech conference, this event is a must for any African women in tech looking to master the art of disruption.

Changing the state of play is possible. The women featured in this article are game changers in the African tech industry and many of them will be speaking at Women in Tech Africa on our MEETUP stage. Here’s how they became successful and what they’re doing to drive innovation. 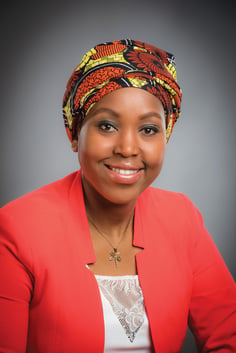 Nneile Nkholise is one of the best-known young entrepreneurs in South Africa. She established iMED Tech Group in 2015 while studying for her MEng in Mechanical Engineering at Central University of Technology. The company provides innovative medical solutions to impact healthcare delivery across the continent. Nkholise has experience in 3D printing applications in the medical field and used this technology in the development of her custom-made products.

Nkholise is a Harambean, a member of an elite group of entrepreneurs leading ventures that are unlocking the full potential of African people. She has also won the SAB Foundation Social Innovation Award, been recognised as Africa’s top female innovator at the World Economic Forum on Africa and chosen to be one of the 100 entrepreneurs selected to represent their countries at the Global Entrepreneurship Summit in 2016. Her achievements were acknowledged by Forbes Africa in its 30 Under 30 Technology List for 2018, where she was ranked 13th, making her the top female innovator on the list. Understanding the impact that she can make, Nkholise has set aside money to help fund a South African organisation that develops STEM and entrepreneurship skills in young girls. 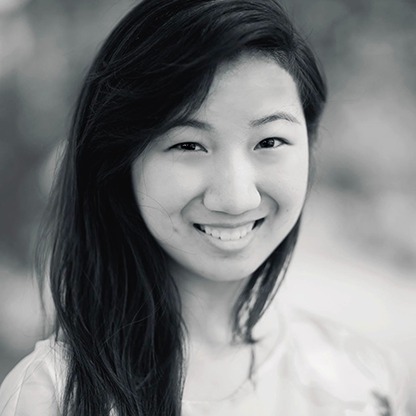 Audrey Cheng is an entrepreneur working to transform higher education in Africa. Moringa School was born after she learnt that, due to outdated university training programmes, only 1% of computer science graduates in Kenya were able to secure positions in their field. Cheng’s learning accelerator fast tracks promising individuals across the continent into becoming global tech talent. With a 95% job placement rate, the business is flourishing. Cheng’s goal is to train more than 200,000 people in emerging markets by 2030.

Originating in Kenya, Moringa School has now launched in Rwanda, Pakistan, Ghana, and Uganda. Front-end web development and user interface and experience design are at the forefront of the courses that the business provides. The school has been recognised by the Financial Times and IFC for Achievement in Sustainable Development, With a Focus on Education, Knowledge and Skills. Cheng, who set up the company aged 20, has been recognised for her social entrepreneurship as one of the World Economic Forum’s Top African Female Innovators for 2018 and was selected by Forbes as one of its 30 Under 30 Social Entrepreneurs in 2016.

Listen to Audrey Cheng speaking about ‘Delivering the Education Needed to Leverage Africa’s Demographic Opportunity’ @ 16:00 on 18th March at Women in Tech Africa. 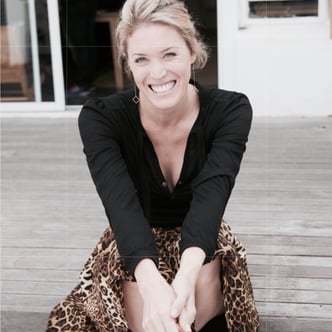 Catherine Lückhoff is the founder and CEO of NicheStreem, a startup based in Cape Town that specialises in streaming services for music fans. Founded in 2015, NicheStreem builds and powers affordable, audience specific audio streams for niche markets. Lückhoff has an innate understanding of Afrikaans music and soon realised that it could be profitable to provide communities like her own with the opportunity to stream their specific music tastes. Highlife and Naija Gospel are just two of these curated streams. The platform enables businesses to develop, run, and manage streaming services without the complexity of building and maintaining the website.

NicheStreem is Lückhoff’s third company. During her 4th year at university, she started an online PR campaign business called Mango OMC and, in 2013, founded HQ Africa, a business development and strategy firm. She served on the board of The Silicon Cape Initiative, a community of tech entrepreneurs, developers, creatives, angel investors, and venture capitalists and has been named one of the Mail & Guardian’s 200 Young South Africans. Lückhoff also frequently mentors tech talent for programmes such as TechStars, Sw7, Launch Weekend, Innotech, and Spark-Up. This South African entrepreneur’s success story proves that balancing university and business is an achievable ambition.

Hear Catherine Lückhoff delve into her exciting ventures in our panel ‘Optimising Your Cloud to Navigate Africa’s Digital Transformation’ @ 12:05 on 18th March on our ‘The Future of Africa is Tech Stage.’ 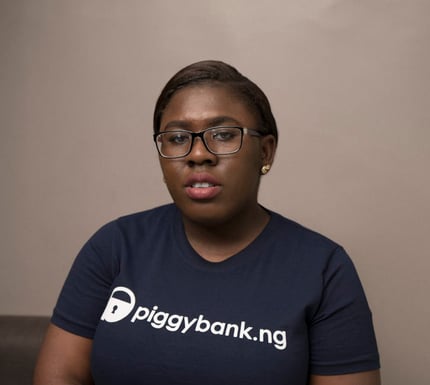 In addition to being the Co-Founder of PushCV, a website that pre-screens job candidates and aids in the writing of CVs, Odunayo Eweniyi heads automated savings platform Piggybank.ng. She has over 5 years of experience in business analysis and operations, as well as a top degree in Computer Engineering from Covenant University in Nigeria. Eweniyi was listed on the World Women in Fintech Power List for 2017 and is a Westerwelle Young Entrepreneurs fellow for 2018.

Piggybank.ng launched in April 2016, based on recommendations from PushCV users. Grown mainly from word of mouth, the free platform is aimed at millennials who wish to save money periodically towards a target. Users can put aside as little as $1 a day and restrict withdrawals until a convenient date set by the customer. In just 8 months from the launch, Piggybank.ng had saved $58,000 for its users. The platform securely enables users to grow their funds, manage their finances efficiently, and ultimately achieve economic freedom. In the near future, Eweniyi intends to launch a group savings feature on the website. Piggybank.ng has also recently acquired a stake in Nigeria’s Gold Microfinance Bank, which will help the business expand its offerings.

Catch Odunayo Eweniyi pitching in our ‘Troubleshooting with VC – What NOT to do when getting their money’ session @ 12:05 on 18th March at Women in Tech Africa. 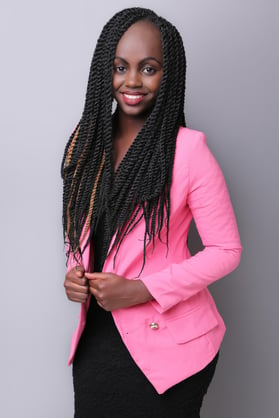 Beiless Group is a marketing firm based in Kenya founded by June Syowia. Services include online media campaigns, strategic online communication, digital advertising, social media management, and content creation. Whilst studying at the University of Nairobi, Syowia attended a training class that sparked her interest in digital marketing. Following this, she bought a laptop and pitched marketing services to her friends for free, which led to her company being established in 2015. In addition to running Beiless Group, Syowia operates a database where people from the construction industry can advertise their labour services.

Aged 23, Syowia made the Forbes Africa 30 under 30 list for 2018. This recognition comes after she was awarded the Global Student Entrepreneur Award in Kenya and named among the 100 Brightest Young Minds in Africa for 2017. The year before that, Syowia was listed as one of the 100 Most Influential Young Kenyans, an achievement she repeated in 2018. 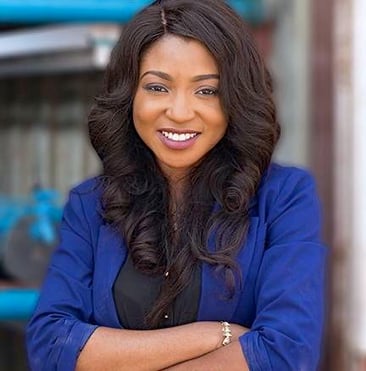 In Nigeria, Oluwayimika Angel Adelaja is providing innovative solutions to the acute food shortage. Two of her businesses, We Farm Africa and Fresh Direct Produce, are bringing communities together with the help of agricultural technologies. Adelaja has pioneered stackable container farms that reduce the stress on land use and the need to import vegetables, in addition to helping urban populations gain access to high quality food. Adelaja’s organic urban farms use less water and land than traditional farming methods and produce 15 times higher product yield. 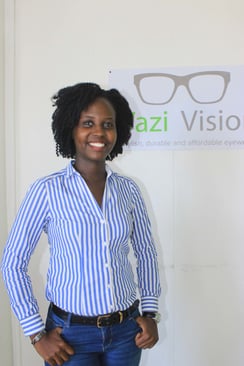 Brenda Katwesigye became concerned with the cost of eye care in Uganda after a trip to the opticians in 2015. This particular eye test was a turning point for Katwesigye, leaving her with many questions. How could people in her country afford a pair of glasses? Why were opticians disproportionately located in urban areas? Why were the designs so plain considering the price? Katwesigye set out to create a cost-effective solution for her fellow Ugandans, launching Wazi Vision in 2016. She transitioned away from her career in risk management and IT auditing at Deloitte with the help of the Mandela-Washington Fellowship.

Wazi Vision provides free eye tests in schools and rural areas. It has also developed an app that uses virtual reality to perform visual tests and sells glasses constructed out of recycled plastic, which reduces the price of the frames from $100 to $20. Quartz Africa recognised Katwesigye as one of its 30 Innovators for 2018 and, the same year, Forbes named Wazi Vision among its top 60 Women-Led Startups that are shaking up tech across the globe. This African entrepreneur is, undeniably, making headway in the manufacturing of high quality, affordable eyewear in Uganda.

Want to find out more about these female tech entrepreneurs?

Nneile Nkholise, Audrey Cheng, Catherine Lückhoff and Odunayo Eweniyi will be speaking at Women in Tech Africa taking place 18th – 19th March in Cape Town, South Africa. In addition to their speeches and workshops, there will be a MEETUP stage so that attendees can converse with prominent tech innovators from across Africa on a range of subjects. This includes AI, cloud computing, blockchain, tech career paths and empowering female leadership in male-heavy industries.