Eric M. Ruiz, LatAm Business Development at Waze, gives us a better understanding of how complex something as simple as "US Hispanics" can be. 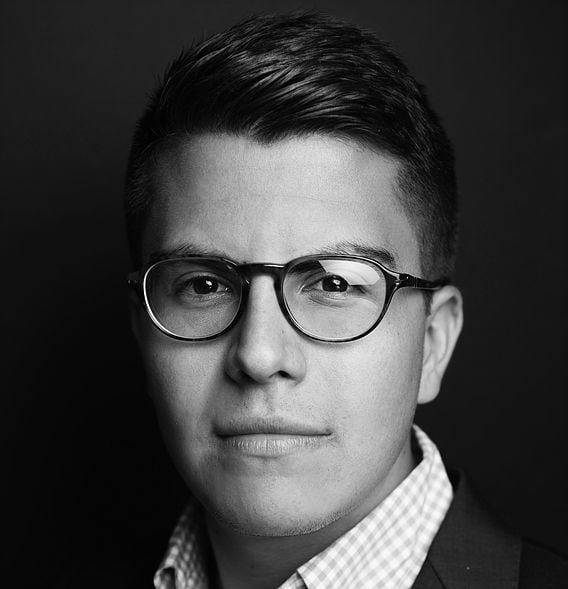 Pat was my first friend in New York City. Yet despite our many friendship beers (hugs) and in-depth conversations on a variety of topics, he still refers to me as “Spanish.” Now, he knows my parents are Mexican, so I understand what he means. What he’s trying to say is that I’m a Spanish speaker or someone with ties to a Spanish speaking country. Or something like that.

Point is, terms like Spanish, Hispanic and Latino all sound like they could be used interchangeably yet they have subtle differences.  Now, I’m neither easily offended or annoyed when someone with good intentions uses the wrong word to describe my language abilities or my love of Bud Light.

But to many people, these descriptors matter and we should at-least understand the nuances of these terms. Last thing you want to do is refer to a Spaniard as Latino on Twitter. Consider this your primer on ethno cultural terms, as related to South America. No one is going to care now Donald Trump is inaugurated, anyway.

This one is easy. It just means someone born in Spain, like Fernando Torres, or someone who fulfilled the legal requirement to adopt Spanish Nationality and thus, has become Spanish. Like Marcos Senna (who was born in Brazil but helped Spain win Euro 2008.) See? Isn’t soccer awesome for explaining things?

I’ve noticed in the US we tend to confuse nationality with ethnicity. But words like Spanish, Mexican or American are indicative of where you were born or what legal status you hold. It has nothing to do with ethnicity. A co-worker of mine recently moved to the US from France. His parents were born in India but he spent his formative years in France and England. As he tells it, it wasn’t until he got to the US that people pointed out his ”Indianness.”

“In France, I’m French. But here I get labeled as Indian even though I wasn’t born there nor did I grow up there.”

Identity, for the multicultural individual is a tricky thing. It’s worth an in depth look, one I’m working on, duh. But for now just remember that nationalities refer to legal standing...not ethnic makeup.

Like most things of importance, this term originated in Ancient Rome. It was used to describe someone from the province of Hispania, or what we today know as Spain. It’s where Maximus, the main character of Gladiator was from.

Today, it’s a broad term meaning “of or relating to Spain or Spanish speaking countries.” It applies to people living in the United States who have ties to the Spanish speaking culture of Spain, Mexico etc. It’s interesting that in the US I’m considered Hispanic. Yet when I travel to Latin America..I’m American.

So let’s recap so far: The creepy guy from Madrid that lived next door to you, your junior year, is both Spanish and Hispanic. But the Colombian girl who sat next to you in Dr. Pawar’s Finance class is Hispanic but NOT Spanish.

The guys from Blood In Blood Out are Chicanos. Essentially, the term means someone of Mexican descent living in the United States. Often times, it’s used interchangeably with Mexican-American and usually refers to someone who is a second or third generation.

Technically, I’m a Chicano, since I was born in the US to Mexican nationals. But as the hilarious Gustavo Arellano put it, the term has political connotations and is often associated with the Chicano Civil Rights Movement of the 1960’s. So even though my glasses and voracious reading habits have led people to think I’m a political person, I don’t touch politics. Word to Talib Kweli.

Okay... if you thought the above terms were confusing, then hold on because it’s about to get more dificil.

Latin American means someone from South America...and maybe Brazil. You see, Brazilians speak Portuguese...which is not Spanish. As such, Brazil doesn’t share a lingual tie to the rest of the region and so they don’t really think the term “Latin American” applies to them. So sometimes you may hear business people refer to the region as “Latin America and Brazil.” If they want to refer exclusively to the Spanish speaking countries then they’ll say “Spanish Speaking Latin America.”

But, Brazil CAN be included when someone refers to the region since after all, Portuguese is a Latin Language (if you’re keeping count at home, there are 23 Latin Languages spoken around the world. Comment below and see how many you can name.)

In my professional experience, I’ve come to find it’s best to ask for clarification when someone refers to Latin America (or LatAm). Do they mean Mexico and all the South American countries, regardless of language? Or just the Spanish-speaking countries?

Latino, when used in the US, is more often than not used as a synonym for Hispanic. But the term Latin, again used in ‘merica, most likely means someone from SPLATAM (you getting the hang of it yet?)

Summary, if someone on Fox News says “Latino” then they mean a US Hispanic. If they say Latin, without the O, then they’re probably talking about someone from South America, like Pablo Escobar. But not the guy who plays Pablo Escobar on Narcos. He’s Brazilian, so he’s not really Latin American in our usage of the word. But since he speaks a Latin Language then he’s probably okay with the term as a descriptor since it’s technically accurate.

Did...any... of that make sense? Yes, I know it's a lot to think about and remember. But the hope is you gain a better understanding of how complex something as simple as "US Hispanics" can be.