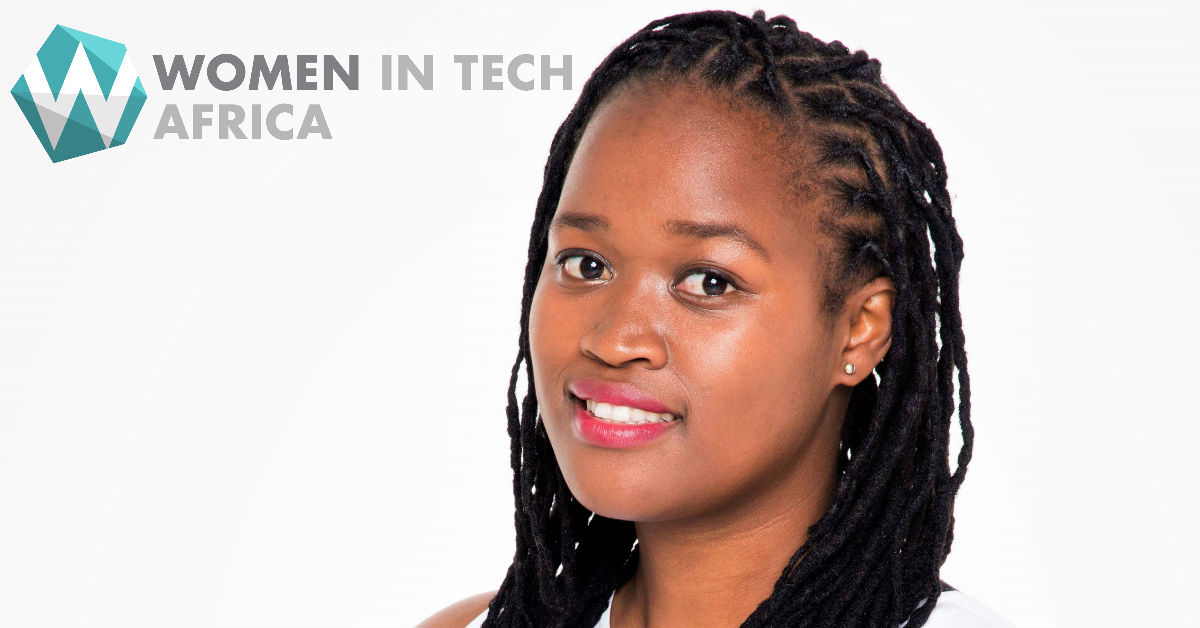 Gugu Nonjinge speaks to us about her role in the technology sector and shares her thoughts on Women in Tech Africa, taking place 18th-19th March in Cape Town.

Gugu is an education and girl child advocate, she has run a number of campaigns and advocacy work under her NPO (Gugu Nonjinge Education Foundation) and written numerous articles on the advancement of women's rights in Africa.

She is the founder of many innovative social enterprises. ReBuildASchool, a project that aims to rebuild schools that have poor sanitation and infrastructure across rural South Africa, was set up by Gugu in 2017. She also created the Numbers Tutorial Programme, a professionally run weekly Mathematics and Science educational scheme that engages grade 11 and 12 female students in Khayelitsha, Cape Town.

In addition, Gugu is the Co-Founder of LeBrunchSA. This startup company hosts facilitated social brunch/high tea/luncheons for young women from diverse backgrounds to connect and network. This successful businesswoman is now working at the Institute for Justice and Reconciliation as an Afrobarometer Communications Coordinator for the Southern Africa region.

Gugu will be sharing her wisdom on a panel entitled 'Tech's Role in Solving Africa's Unemployment Crisis' on 18th March at 12:05 where she and other female tech leaders will have an honest conversation about what can be done in Africa's foremost tech hubs to tackle the continent's high unemployment rates.

We caught up with Gugu ahead of the conference, here's what she had to say.

Why have you decided to get involved with Women in Tech Africa?

Women in Tech Africa offers a platform where gender and tech traverse. I have decided to take part because it recognises women in the tech industry and fosters camaraderie amongst women in the sector, which then translates into new partnerships and mentorship.

The summit will also increase the visibility of women's achievements in the  technology sector and, as a result, inspire young girls and attract more women to seek employment in technology-related fields.

What are you speaking about at Women in Tech Africa?

I will be taking part in the panel discussion titled 'Tech's Role in Solving Africa's Unemployment Crisis'. Using the latest Afrobarometer data from 37 countries, I will highlight the demographics of those that are unemployed and those that tech hubs need to pay attention to.

This data will further contribute to understanding citizens' insights and perceptions of their country’s economy and assist tech hubs in providing the ultimate strategies that will contribute towards curbing unemployment in the continent.

What will people learn from listening to your talk?

Those attending the discussion will get an idea and an understating of:

What are you most looking forward to at Women in Tech Africa?

I am certainly looking forward to networking and learning from various industry experts.

Who is your female tech inspiration? What have they done and why do they inspire you?

She was born in Soweto and has worked her way up the corporate ladder before being elevated to the position of Chairman at Ogilvy & Mather South Africa, one of the continent’s largest agencies. Now, she is the Head of Facebook for Africa. Her sense of purpose and drive inspire me.

Women in Tech Africa is taking place 18th – 19th March in Cape Town, South Africa. In addition to speeches and workshops, there will be a MEETUP stage so that attendees can converse with prominent tech innovators from across Africa on a range of subjects. This includes AI, cloud computing, blockchain, tech career paths and empowering female leadership in male-heavy industries.