From haircare apps to cargo shipping, here's how successful women entrepreneurs in Africa are changing the digital landscape. 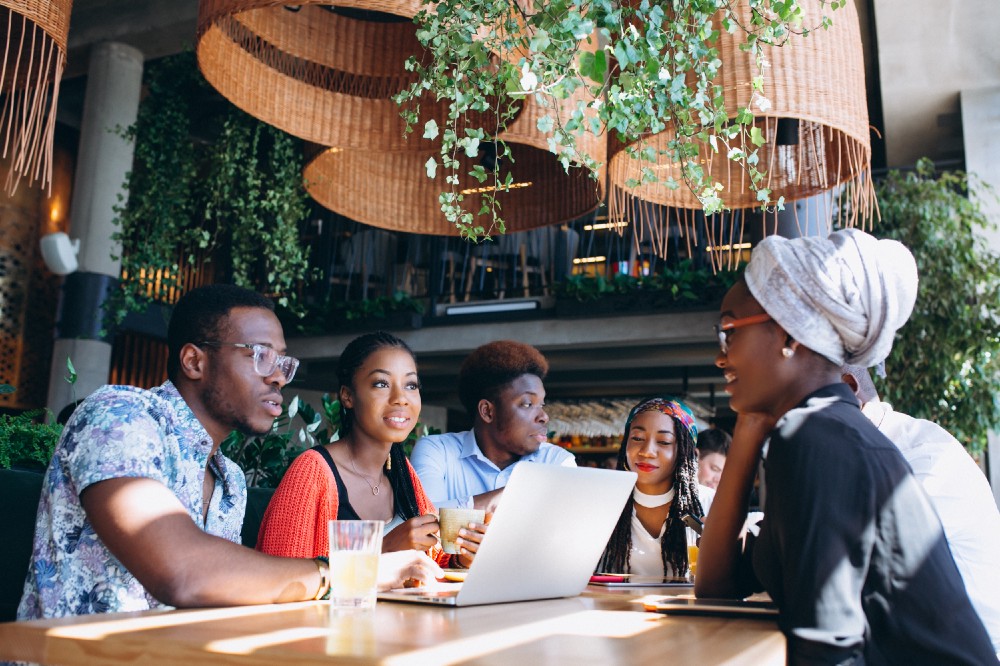 Gender diversity in the tech industry is smart economics. Despite receiving 50% less venture capital funding, global technology firms led by female entrepreneurs typically achieve 35% higher return on investment than those run by men. Moreover, entrepreneurial spirit in Sub-Saharan Africa is significant. The number of pioneering women in business is the highest globally. Data from Mastercard’s Index of Women’s Entrepreneurship reveals a vibrant market for female-led companies in Ghana and Uganda, where women make up 46.4% and 33.8% of their country's business owners, respectively.

However, there is still much to be done – 38.8% of female established businesses in Sub-Saharan Africa were discontinued due to unprofitability in 2016, the highest global region.

It is moving from feeling into action and sustaining a viable business model that proves to be the issue. A key way to ensure that female-led companies succeed is through networking with fellow tech professionals. Learning from other people’s journeys is crucial to achieving success in the sector.

We recommend Women in Tech Africa, taking place 18th – 19th March in Cape Town, South Africa. The stories told at this event will aid in improving productivity across the continent. Created by the team behind Europe’s biggest Women in Tech conference, this event is a must for any African women in tech looking to master the art of disruption.

At the conference, you'll be able to liaise with representatives from top Cape Town tech companies like the ones featured in this article. Scroll down to take a look at our pick of Africa's top women-owned tech businesses.

Integrating proven methodologies in quality improvement and behavioural science with web and mobile-based technology, this social enterprise ensures that people are living healthier, longer, and happier lives in Sub-Saharan Africa.

mDoc provides Africans suffering from chronic diseases with a virtual eco-system where all of their healthcare data is located. This platform also connects its users with medical practitioners, like nutritionists and fitness coaches, on a 24/7 basis. Using evidence-based person-centred approaches, mDoc is changing lives across the continent – especially for those suffering from diabetes and hypertension. 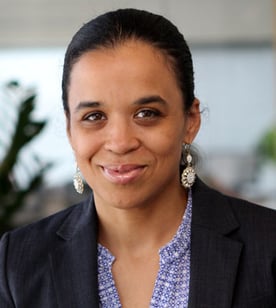 mDoc Co-Founder and CEO Nneka Mobisson is a 2017 Cartier Awards Finalist, a 2014 World Economic Forum Young Global Leader, and a Yale Associate World Fellow. Mobisson will be appearing at Women in Tech Africa on the 'Troubleshooting With VCs - What Not To Do When Getting Their Money' panel at 12:05, 19th March 2019. This interactive session will see three startups pitch their hearts out to six venture capitalists, you can't afford to miss out!

Baratang Miya is creating business opportunities for women in South Africa. GirlHype (Women Who Code) is a not-for-profit that provides programming and app development training for girls and young women. A self-taught coder, Miya's mission is to increase the percentage of African women in STEM, bringing training to those who have previously had little access to technology.

GirlHype operates a Clubs Programme where 6th-12th grade girls can attend free after-school classes to explore coding in a fun and friendly environment. The organisation also runs a Summer Immersion Programme for 10th-12th grade girls. This initiative runs for seven weeks  and provides these older students with a more in-depth understanding of coding, in addition to tech job exposure.


Miya will be appearing at Women in Tech Africa on our MEETUP stage. This is your opportunity to network with one of South Africa's brightest female innovators. Catch her talk 'Connecting With A Pinpointed Audience 101' at 11:30, 18th March 2019.

Technology in Africa is shaping the future – this is your chance to join the movement. See Nneka Mobisson and Baratang Miya at this year's Women in Tech Africa. Click below to find out more about their sessions. 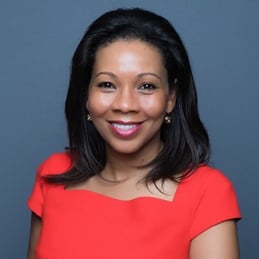 AppsTech, founded in 1999 by Cameroonian national Rebecca Enonchong, is a provider of enterprise application solutions. The company, which now has clients in more than 40 countries in three continents, landed Enonchong a spot on Forbes' list of 10 Female Tech Founders to Watch in Africa.

In addition to its range of software products, AppsTech offers services such as implementation, training, and application management. Enonchong ensures that her business never stands still — looking ahead to new technologies is always at the forefront of her mind.

Commenting on her success, Enonchong has said, "Work hard, think big and never give up. When you do experience success, stay humble. Success is not linear; you will experience ups and downs. Humility helps keep it all in perspective."

Created during their time at the Meltwater Entrepreneurial School of Technology (MEST) and later funded by the Y Combinator Fellowship Programme in Silicon Valley, Tress is a social haircare app that allows black women to discover new hairstyles, products, stylists and associated costs. Sharing favourite hairstyles and haircare secrets is also a community element of the app. 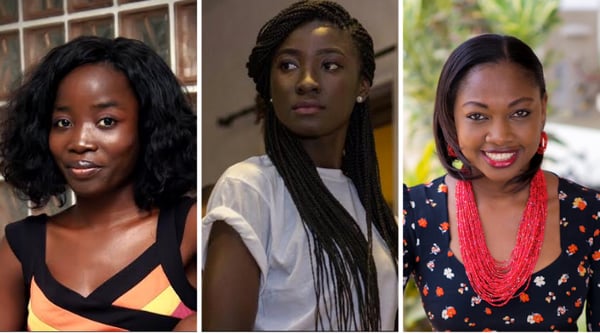 In four months from its launch, almost 15,000 people had joined the platform and Hazel, Olatunde, and Sarfo see their business expanding into media: magazines, TV, and radio. In South Africa alone, the black haircare market is valued at $450 million. Undoubtedly, Tress' unique business concept will continue to flourish in this prosperous field.

Knowing how to build an app allowed the founders of AppsTech and Tress to launch their businesses. Interested in finding out more? Take a look at our agenda by clicking below to discover what app-based sessions we're running at this year's Women in Tech Africa.

EmptyTrips is a fast-growing South African startup founded by Benji Coetzee. The business matches cargo space demand to supply for the transportation of goods. In addition to providing a superb service to its customers, EmptyTrips reduces carbon emissions by optimising the use of trucks and trains. It has been described as a 'Uber for cargo'.

Commenting on the reasons for creating her company, Coetzee said "The cost of transport in Africa is actually the highest per kilometre in the world according to the World Bank, and this does not make much sense when you see a lot of empty trucks or trains running in Africa, especially in South Africa. If there is an over-supply of the asset and there is limited demand on the cargo, we should actually have one of the lowest costs per kilometre." 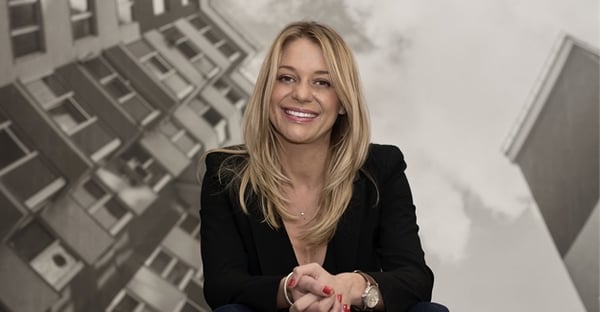 Amanda Spann launched tiphub in 2014 to support technology and social enterprise-led innovation in African markets. For tiphub, purpose and profit walk hand in hand. Providing its clients with funding, mentors, business training, consulting services, and an accelerator programme, the business aims to increase the number of socially-driven investments in Africa.

Taking a 'community first' approach, Spann is ensuring that venture capital funds are being made available to business owners in remote areas. With advancements in technology allowing companies to easily operate from different cities to their clients or customers, in addition to the issue of costly shared resources like the internet and office utilities, tiphub believes that the future for startups isn't city-based.

Led by Spann, who was named one of the 30 Most Important Women in Tech Under 30 by Business Insider and a Future Leader in Technology by Black Enterprise Magazine, tiphub is making waves in the African social entrepreneurship realm. 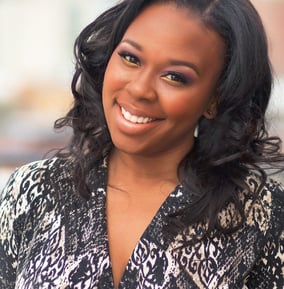 Judith Owigar is the Co-Founder of JuaKali, a directory for Kenyan blue-collar workers. Founded in 2012, the service allows its users to create an online profile showing their expertise, connecting them with institutional and individual clients. The term Jua Kali means skilled manual work in Swahili, or is directly translated as 'hot sun'.

The informal sector is the greatest employer in Africa, representing 80% of the workforce and Owigar is one of Kenya's most famous tech leaders. She has received numerous accolades including being named one of the Top 40 Under 40 by the Business Daily newspaper and winning the Change Agent ABIE Award. This social entrepreneur also serves on the Swedish Program for ICT in Developing Regions (SPIDER) board and the Lumen Labs board.

Owigar has declared that her passion is to increase female social capital in the African tech ecosystem, propelling the entry of many young women, girls and now children, into careers in STEM. 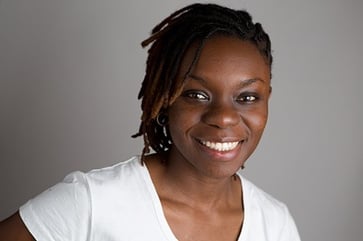 Ernestina Appiah believes that a combination of diversity, innovation, creativity and passion is key to the success of a business. By instilling these aspects in Ghanaians at a young age, she hopes that tech entrepreneurship will flourish across the country.

Ghana Code Club does just this. Founded in 2015, this national after-school programme exposes children to Computer Science at a young age through activities that enable them to create their own websites, mobile apps, games, and animations. Ghana Code Club envisions a prosperous Ghana in which the next generation has the knowledge to harness the power of technology to achieve economic and personal success.

Appiah's mission is to ensure that every child and youth has access to the skills they need to thrive in the modern world. For her contribution to education, she was named by the BBC in its 100 Women Series as one of the most inspirational women in the world. 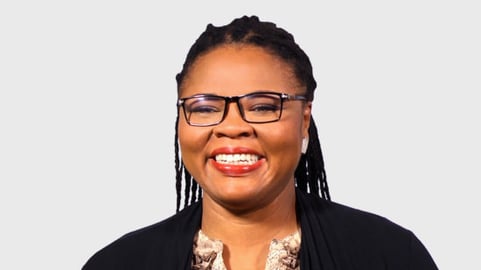 With clients that include the Bank of Africa Ghana, MTN and Revoltura, Intelipro is making headlines in the African cloud computing space. Leonida Mutuku is the brains behind the operation, helping to create advanced analytics solutions for financial and retail businesses across the continent.

At Intelipro, Mutuku helps companies make intelligent, data-driven decisions, in her spare time she leads projects for Africa Open Data Network, a community of Africans who believe in the continent’s development agenda. Mutuku was named one of Forbes Africa’s Top 30 Under 30 in 2018. 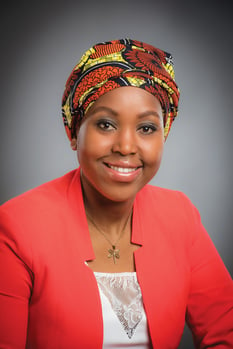 iMED Tech Group was established in 2015 while Nneile Nkholise was studying for her MEng in Mechanical Engineering at Central University of Technology. The company provides innovative medical solutions to impact healthcare delivery across the continent. Nkholise has experience in 3D printing applications in the medical sector and used this technology in the development of her custom-made products.

Nkholise is a Harambean, a member of an elite group of entrepreneurs leading ventures that are unlocking the full potential of South African people. She has also won the SAB Foundation Social Innovation Award, been recognised as Africa’s top female innovator at the World Economic Forum on Africa and selected to represent her country at the Global Entrepreneurship Summit. Her achievements were acknowledged by Forbes Africa in its 30 Under 30 Technology List for 2018, where she was ranked 13th, making her the top female entrepreneur on the list.

Catch Nkholise at Women in Tech Africa. She will be speaking about ‘Tech's Role in Africa’s Unemployment Crisis’ at 12:05, 18th March 2019. Click below to join her.

Click here to view our infographic about the top African tech hubs where vibrant innovation is underway.