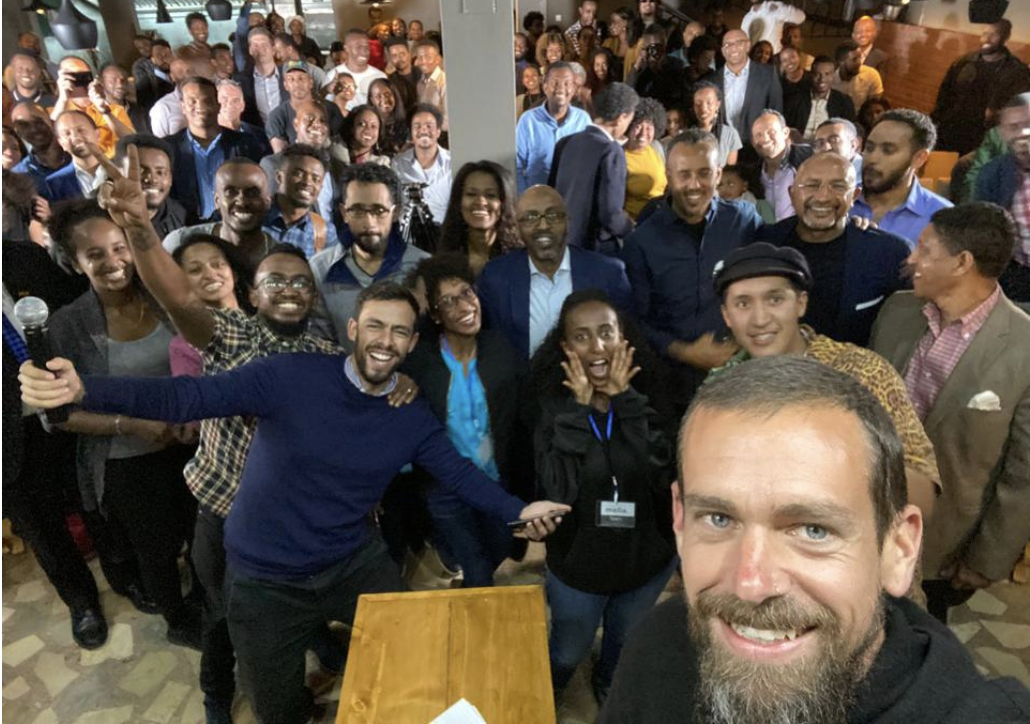 Jack Dorsey, the Co-founder and CEO of Twitter and Founder of Square, has said that he plans to move to Africa next year for three to six months, following a month-long trip in November to entrepreneurial hubs on the continent.

"Sad to be leaving the continent… for now," the 43-year old tech executive tweeted. "Africa will define the future (especially the bitcoin one!). Not sure where yet, but I’ll be living here for 3-6 months mid 2020. Grateful I was able to experience a small part".

The CEO posted numerous selfies with various groups of young entrepreneurs that he met during his tour of Ethiopia, Ghana, Nigeria and South Africa, including one with "inventors in #Ethiopia", where he praised their efforts in developing "[a] smart beehive, nutrient rich hydroplant system, blockchain voting, contractions monitoring system, recycled bags into shoe polish, and postpartum hemorrhaging detection".

Missouri-born Dorsey is well-known for his world travels and occasionally eccentric practices. He shared that he was in Melbourne, Australia, in September, and he also once celebrated his birthday with a 10-day silent Vipassana meditation in Myanmar. He continued his Vipassana meditation in his recent trip to South Africa, however the majority of his trip seems to have been spent engaging with the tech community across the country and promoting it to his 4.4 million Twitter followers.

He’s not the only tech heavyweight travelling to Africa. Former Alibaba Group’s Chairman, Jack Ma, was also in Ethiopia recently, signing an agreement to establish a new trade platform.

Dorsey's visit starkly contrasts with Facebook CEO Mark Zuckerberg's 2019 pledge to host public discussions on the future of technology in society, which has drawn criticism for its lack of diversity.

In the six discussion videos that Facebook posted throughout the year, almost all of the people featured were white males and all but one were over the age of 40. This was particularly disappointing since, in the same year, Facebook even promised to double its female workforce in the next five years in an attempt to position itself as a leader in the push to diversify the tech industry.

It’ll be interesting to see whether Dorsey’s trip to Africa will signal a change in businesses’ consideration of the continent’s potential. Africa is often treated as an afterthought by many of the big tech companies, since it lacks the infrastructure of many countries in the Western world. Dorsey’s move could highlight the innovations in tech Africa has to offer - particularly as it readies itself for the world of superfast 5G networking. This next generation of wireless technology could be the key to leapfrogging Africa into the high-speed internet age.

Witness and explore the tech that will help Africa define the future at our Women of Tech Africa summit on March 18-19, 2020 at CCCC, Cape Town.

Secure your Super Early Bird Pass now before they run out!: